Welcome to the N O R M A L S-led Bureau for Anticipated Interfaces, where you will search for human-computer interactions beyond ‘click, type, tap.’ Using Processing and paper, participants will author both a spatial operating system and new digital rituals.

It’s sunny in downtown Cape Town. Old forum buddies @bootface and @TH_ are out sharing an exceptional patio coffee while blabbering about the misconceptions around the hashgraph’s ecofriendliness. It’s 3 PM-ish. @TH_ senses a vibration against his leg, he pulls out a shiny black box. Another of what he likes to call his ”ghost notifications.” Which somehow reminds him:
“You ever noticed like how in spite of all this hype around AR, VR, and whatever-R, these guys are only just using the same old interfaces? Like, whenever you see a demo of new AR glasses, it’s someone waving their hand at like the same flat OS than on our phones, but like on a wall. Isn’t it pointless?” @bootface puffs out peppery “Old Lemon” vapor.
“I don’t think this even frames the creative void we’re in when it comes to spacial, digital media. I mean. We’ve talked about this reverse skuomorphism, it’s silly. But, since you’ve brought it up, I’ve read somewhere that there’s this new group of peeps looking into all this. Like trying to rethink user interfaces away from screens. How a window becomes a box in 3D, or how text moves as you move, or not, depending on what you read. Stuff like that.”
“What’s a closing button in 4D?”
“What’s a snooze button on your psychedelic al-AR-m clock?”
“Definitely something you punch!”
“Hahaha. Anyways. I think it’s called The Bureau of Anticipated Interfaces. We should check it out.”

Yes. AR, VR and whatever-R are all the craze. And yes they are also challenging the assumption that digital media is always served on rectangular backlit screens. But for now, much of the focus seems to be on hardware while user interfaces keep being demoed as good old phone apps taped around the user’s direct vicinity. That’s why we need you.
Taking on the role of The Bureau for Anticipated Interfaces, we will try and think beyond our click, type, and tap manipulations by studying basic digital rituals such as text-editing, browsing, or even changing settings in order to establish new scenarios of immersive, space-bound man-machine interaction. By the end of the day will have created a prototype of a collaborative spatial operating system that we will test, discuss, and play with.

Workshop participants will learn how to prototype interfaces in Processing (animations, buttons, gestures), with paper (augmented reality), and in space itself (imagine a method for opening, editing, and saving a text file in space). By the time our new collaborative spatial operating system is complete, you will be familiar with the basic methods for approaching speculative, critical design. You will also acquire a fundamental understanding of UI design as well as technical skills in Processing, 3D, and AR.

About N O R M A L S: N O R M A L S is a Berlin and Paris-based creative collective lying at the intersection of design and fiction. A mix of the visual, literary, prototypical, and functional, their output creates a rich narrative universe and to some, an anticipated future. The collective has been noted for its work on augmented reality fashion, shown internationally from the NY Fashion Week, to The National Taiwan Museum of Fine Arts, speculative public talks, and an eponymous graphic novel series distributed worldwide. 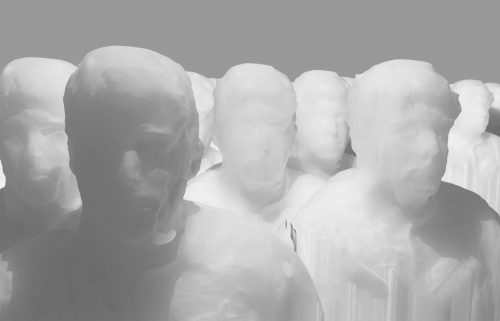 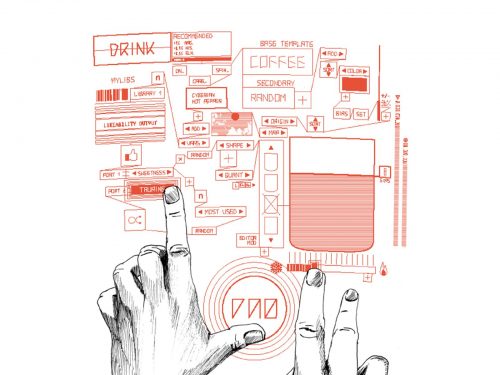