Warning: "continue" targeting switch is equivalent to "break". Did you mean to use "continue 2"? in /home/clients/b3052eae4931f90e973363f43ffffa87/web/2018/wp-includes/pomo/plural-forms.php on line 210
 Network Counter-Surveillance Boot-Camp - Mapping Festival

-> To join this or other workshops, first purchase a Mapping LAB ticket here and then register (for either a full-day or two half-day workshops) here.

As our dependence on networked technology deepens, so does the risk of that same technology being used to exploit us. This intensive one-day workshop will guide participants through the tools, techniques and concepts necessary to protect themselves and those they care about from compromise by state actors, corporations and other predators in networked domains. Rather than simply installing privacy-focused software and trusting its efficacy, the Counter Surveillance Boot-Camp prioritizes a basic grounding in network topologies, threat-modeling and surveillance tactics toward the ends of knowledge that can then be passed on to others. From capturing wireless traffic, to device tracking, exploiting cellular networks and man-in-the-middle attacks, participants will come to understand surveillance from the perspective of the watcher, one who takes advantage of infrastructural and technical ignorance to assert power over their subjects.

Workshop duration: full-day
Workshop language: English
Number of participants: 12 max.
Requirements: no prior understanding of counter-surveillance and computer networking is required / participants are expected to bring a computer / all software, free and open source, will be provided.

About Julian Oliver: Julian Oliver is a Berlin-based media artist and critical engineer known for his provocative political devices, installations, and interventions. He is the co-author of the Critical Engineering Manifesto, a 2011 Prix Ars Electronica Golden Nica recipient (for the project Newstweek), and has shown work at the Tate Modern, Transmediale, the Chaos Computer Congress, Ars Electronica, FILE, and the Japan Media Arts Festival. 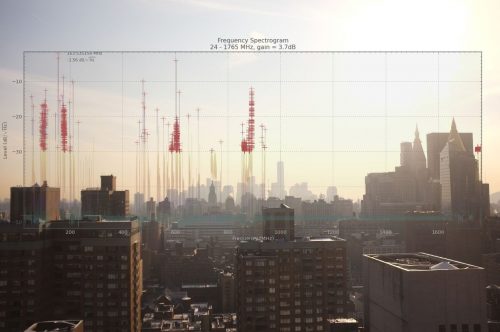