City Lights Orchestra is an open visual symphony for the windows of the city; here, for the windows of houses and buildings close to the HEAD. At night, each connected computer illuminates the window of its room, and blinks, pulsates, beats, fades in and out, each according to its own score, but all in rhythm with all the others. Anyone can participate at anytime: the symphony is composed to accept an unlimited number of participants and it never stops. It recomposes itself indefinitely, according to a living score generated from an initial musical DNA. It deals with individuality and globality, complexity and organization, order and chaos. As seen from the outside, the buildings become the orchestra: both spectators and interprets of the symphony that is playing, for the time of the event.

Installation artist, Antoine Schmitt creates artworks in the form of objects, installations and situations to address the processes of movement in all of their modalities, and question their intrinsic conceptual problematics, of plastic, philosophical or social nature. Heir of kinetic art and cybernetic art, nourished by metaphysical science-fiction, he endlessly interrogates the dynamic interactions between human nature and the nature of reality. Originally programming engineer in human computer relations and artificial intelligence, he places the program, a contemporary artistic material and unique by its active quality, at the core of most of his artworks, to reveal and literally manipulate the forces at stake. Antoine Schmitt has also undertaken an articulation of this approach with more established artistic fields like music, dance, architecture, literature or cinema. As theoretician, speaker and editor of the gratin.org portal, Antoine Schmitt explores the field of programmed art. 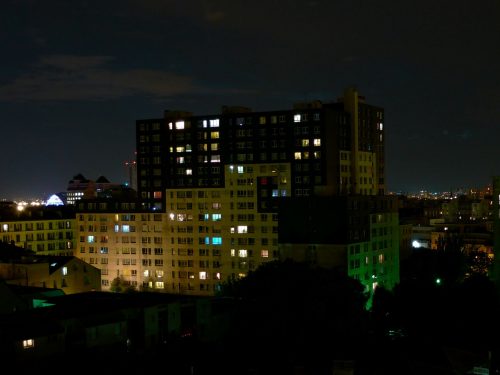