In his talk, philosopher Yuk Hui will explore the concept of technodiversity, and how this question is becoming essential in the time of the Anthropocene, by developing a critique of the concept of noosphere as well as its appropriation in transhumanism, in order to reflect on the question of invention and the future of the technosphere.

In recent years, there have been many discussions on different ethno-futurisms, however, the fundamental question is: do these futurisms really promise us a rich variety of futures or do they only point to a further homogeneous and synchronized future dominated by industrial technologies? Current discussions on artificial intelligence, machine learning, smart cities, bioengineering and full automation seem to point to a rather definite future, which has been described in different ways, singularity, noosphere/omega point among others.

This talk aims to question this “definite” future and the political theology which is inscribed in its imagination, as well as the fantasy of a super intelligence or an intelligence explosion as a project of depoliticisation. It proposes to think together the possibility of technodivisity and Noodiversity, in order to reflect on the question of invention and the future of the technosphere. How is it possible to think a Technodiversity which has been shrinking and rendered obsolete in face of modern technology throughout the process of modernisation and industrialisation? And what will be the essential elements which can help us to further reflect on such a possibility as resistance? In this talk philosopher and researcher Yuk Hui will attempt to respond to these questions by re-articulating the notion of the episteme. 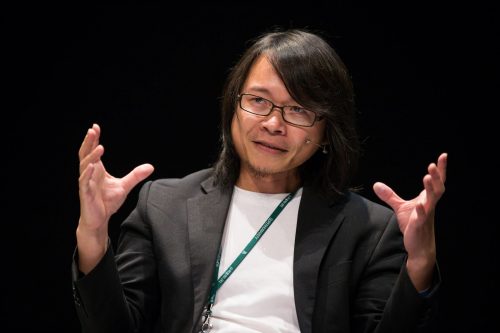